How Much are Airsoft Guns? 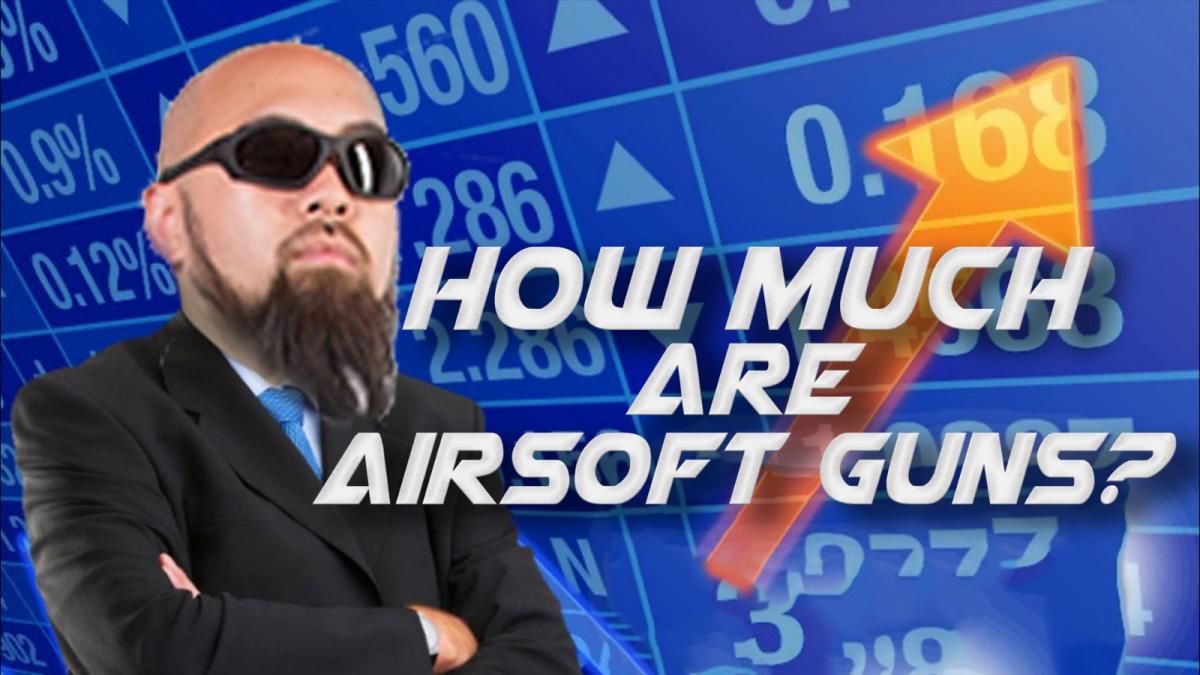 Those who are just starting to dip their toes into the sport of airsoft are often curious about how much airsoft guns cost. The answer to this question, though, isn't always so straightforward. An airsoft gun's price will ultimately depend on a wide range of factors, including its brand, the type of gun, its overall quality, and beyond.

Nevertheless, questions such as "is airsoft expensive" and "how much are airsoft guns" are questions we hear all the time at RedWolf Airsoft - and in an attempt to answer these questions in the most accurate way possible, we will explore the various factors that can influence an airsoft gun price in addition to taking a look at how much you can expect to pay for different types of airsoft guns.

What Influences the Price of an Airsoft Gun?

There are a number of different factors that can influence the price of an airsoft gun. When asking the question of how much does an airsoft gun cost, it is important to consider factors such as:

The Type of Gun

As with any product, some brands of airsoft guns are more expensive than others. Buying an airsoft gun from a reliable and well-known manufacturer is probably going to come with a higher price tag than buying a similar gun from a relatively unknown brand. Keep in mind, though, that the most established airsoft brands reached their current level of prominence for a reason, and you tend to get what you pay for in terms of quality and performance when you opt for guns from the top airsoft brands.

How Much Does an Airsoft Pistol Cost?

Airsoft pistols tend to be a little more affordable than most other types of airsoft guns. The reasons for this are simple enough: pistols don't require as many raw materials to manufacture as larger guns, and, since most pistols only offer semi-auto fire, their internal mechanisms tend to not be quite as complex. When comparing the costs of different airsoft guns, though, it is important to point out that there will always be exceptions to the rule. While airsoft pistols are indeed more affordable on average than airsoft rifles, there are still some high-end airsoft pistols that cost thousands of dollars. The best anyone can do when discussing the price of airsoft guns talk in terms of averages.

With that in mind, most spring-operated airsoft pistols cost in the neighborhood of $20-$50. However, these pistols have to be manually cocked between shots. Gas operated pistols that are capable of semi-auto fire will typically cost between $50-$200.

Since airsoft pistols are the cheapest of all the airsoft gun types, they tend make great starter guns for those who want an introduction into the world of airsoft. Buying an airsoft pistol is also a safe and affordable way to train yourself on how to use a real handgun. Just keep in mind that airsoft pistols are cheaper than airsoft rifles for a reason; if you just take a pistol into an airsoft battle where everyone else has rifles, you are going to be seriously outgunned.

How Much Does an Airsoft Rifle Cost?

Aside from miniguns and LMGs, airsoft rifles tend to be the most expensive type of airsoft gun. Once again, though, whether or not this is true for a specific airsoft rifle will ultimately depend on a wide range of factors. Since most airsoft rifles enable you to switch between semi-auto and full-auto fire, their internal mechanisms are much more complex. Rifles are also much larger than pistols and cost more to produce from a raw materials standpoint.

On average, electric airsoft rifles will typically fall in the $200-$500 range, with some options being a little cheaper and other options being much more expensive.

While this is a little costly, one thing to keep in mind is that the versatility of an airsoft rifle means that it may be the only gun you ever need. An airsoft sniper rifle, for example, is going to be virtually useless at close ranges and will need to be complemented with a sidearm such as a pistol or SMG, thus requiring you to purchase two separate guns in order to feel comfortable in any combat situation. A rifle, on the other hand, is a jack-of-all-trades weapon that is capable of holding its own at just about every range and situation. This means that if you invest in a good rifle, it may be the only gun you ever need to remain competitive on the airsoft field.

How Much Does an Airsoft Sniper Cost?

Many people are a little surprised to learn that airsoft snipers are actually quite affordable compared to electric airsoft rifles. While airsoft snipers are just as large if not larger than assault rifles - meaning that they require just as much material to manufacture - their internal mechanisms aren't nearly as complex. The bolt mechanism in a bolt action sniper rifle is much simpler and easier to produce than the complex mechanisms that enable semi-auto and full-auto fire in an electric airsoft rifle.

For this reason, airsoft snipers tend to cost between $100-$300, although there are several sniper models designed for extreme accuracy at long ranges that will cost much more.

Once again, though, it is important to keep in mind that you will likely need to compliment your airsoft sniper with a sidearm unless you don't mind being at a severe disadvantage at close ranges. By the time you purchase both a sniper and a pistol or SMG, you are probably going to spend as much or more than you would spend on a good assault rifle. Whether or not a sniper/pistol combo or a rifle is the right choice for you, therefore, ultimately depends more on your preferred style of play than budget concerns.

How Much Does an Airsoft Minigun Cost?

Airsoft miniguns and LMGs are the most expensive of all airsoft gun types. Everything that makes an airsoft assault rifle expensive applies doubly to these behemoths. They are incredibly large and require a lot of raw materials to manufacture. They also feature complex components and mechanisms. And since anyone who is spending the kind of money that an airsoft minigun costs expects the best of the best, these weapons tend to feature incredibly realistic and detailed designs as well.

If you would like to be the proud owner of an airsoft LMG, expect to pay somewhere in the range of $300-$1,500. If you do want to look for an airsoft minigun, you will be expecting to pay around the same price as well.

Make no mistake, though; you definitely get a lot of bang for your buck with these large, impressive guns. In addition to having the type of firepower that will enable you to completely shut down entire areas of the battlefield, owning an airsoft LMG or minigun is also sure to make you the envy of everyone you come across on the range.

Categories: How To Guides
Posted By: Gambit
Primary
Search
Latest Posts
Categories
About This Site
This may be a good place to introduce yourself and your site or include some credits.
Find Us
Address 123 Main Street New York, NY 10001 Hours Monday–Friday: 9:00AM–5:00PM Saturday & Sunday: 11:00AM–3:00PM