The History of Airsoft? Everything You Need to Know 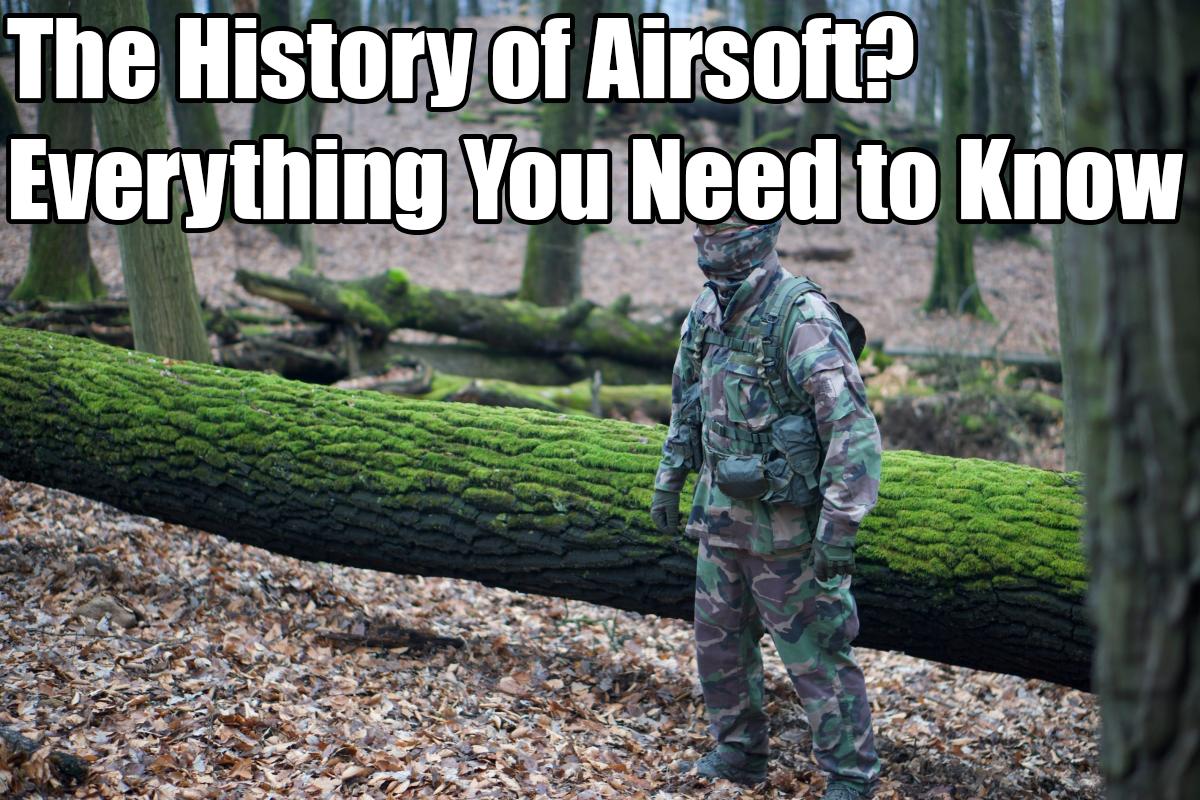 When was airsoft invented?

Have you ever thought about when the first airsoft guns were used or when it was invented? Airsoft guns originated from Japan post-WWII, as it's illegal for citizens to own a firearm as it still is today. In Japan, replica firearms known as airsoft guns today, are sold on shelves as it is legal.

In the 1980s, someone came up with the unique innovation that was devised with replica guns. One day a factory started creating replica guns that could project pellets using the kinetic energy stored in the spring. The popularity of these guns grew as time passed, more Japanese companies started to produce on a grand scale.

In fact, they were so popular, these airsoft guns started spreading to China, Hong Kong, Taiwan, Korea, and the Philippines. What these countries have in common are equally strict gun laws. Airsoft guns were primarily used for target practice, but in time, used on each other in “simulated warfare”. The development of plastic pellets was a revelation for the sport as allows an individual to “shoot” their opponent.

The year was 1970, in a small peaceful town in Japan where Ichiro Nagata was at home with his family. Guns that don’t shoot real bullets and made for modeling purposes or shoot projectiles that couldn’t kill was his idea. You could say Ichiro Nagata was the godfather of airsoft. Those “guns” that we know today was trademarked as "soft air gun" or airsoft, tailoring to the needs of shooting enthusiasts while conforming to Japan's strict gun control. The name "soft air" referred to the compressed Freon-silicone oil mixture, which was later replaced by a propane-silicone oil mixture known as "Green Gas" which was used as a propellant. Its shooting power was way lower than the carbon dioxide used in airguns or Co2 airsoft guns.

The plastic pellets can be shot at humans without causing injury, thus becoming popular for wargames, which the Japanese call survival games. As time went by airsoft guns spread to the UK in the late 1980s and early 1990s with a company called LS. The guns were sold in pieces and had to be assembled before they were capable of shooting pellets. Since the mid-1980s, airsoft guns have been adapted with a purely recreational application in mind, and the sport is enjoyed by all ages. Airsoft replicas are produced globally, with the majority being manufactured in Asia. Many law enforcement agencies and military units within the United States now use airsoft for force-on-force training drills as its safer and cost-effective. To learn more about our great products visit our website!

Categories: About Airsoft
Posted By: Quake
Primary
Search
Latest Posts
Categories
About This Site
This may be a good place to introduce yourself and your site or include some credits.
Find Us
Address 123 Main Street New York, NY 10001 Hours Monday–Friday: 9:00AM–5:00PM Saturday & Sunday: 11:00AM–3:00PM