What is Green Gas Airsoft? Everything You Need to Know 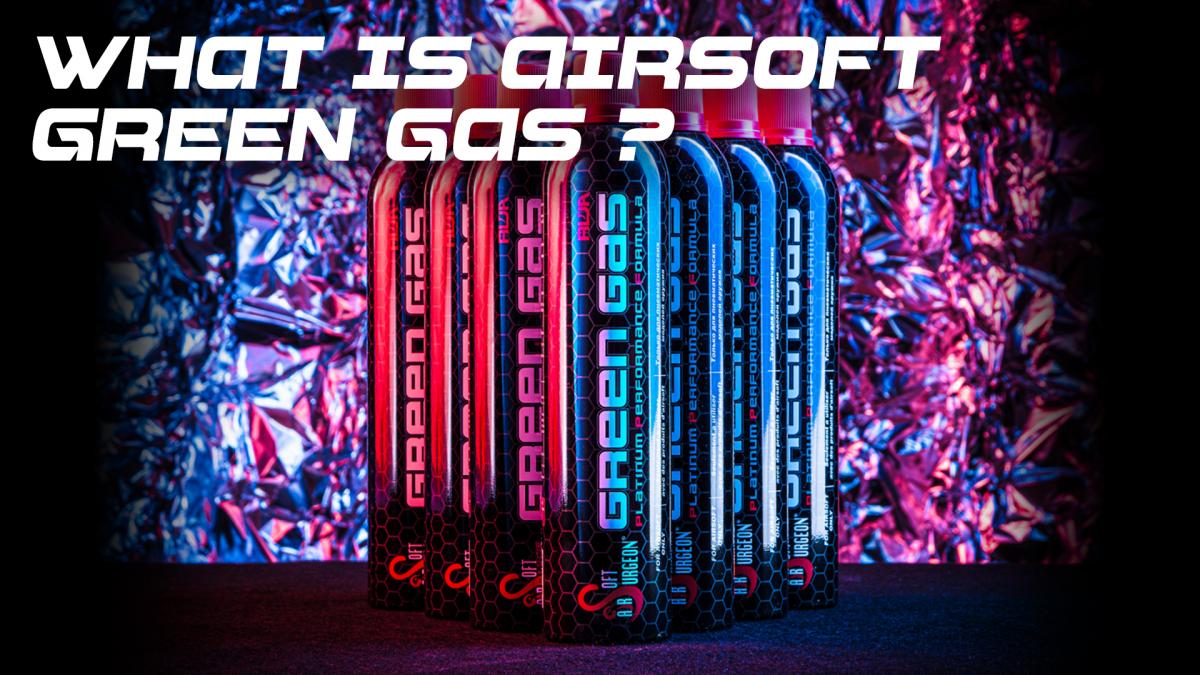 RedWolf Airsoft has been providing all kinds of airsoft guns for customers around the world. Between spring-powered, electric-powered, gas-powered, and HPA powered; gas-powered is one of the more popular ones among the 4. In earlier posts, we talked about How Do Airsoft Guns Work. In this blog, we will be looking into gas-powered platforms, specifically Green Gas.

What is Green Gas?

Typically, the term Green Gas is understood as Greenhouse Gas (also known as Biomethane or Biogas) which usually refers to water vapor, carbon dioxide, methane, nitrous oxide, and ozone. However, in airsoft, the chemical composition for airsoft green gas is actually very different.

The "green gas" used in airsoft is actually chemically closer to propane. Green gas powered airsoft guns operate by the valve-controlled release of prefilled compressed air (such as propane) mixed with silicone oil (main components for airsoft Green Gas). In some places, users can just purchase a large can of propane from a camping store and an external adaptor to fill a green gas airsoft gun; however, standard camping propane gas doesn't come pre-mix with silicone oil. If users choose to use propane gas tanks instead of airsoft green gas, they will need to occasionally add in some lubricant here and there.

The main component of airsoft green gas is pressurized propane gas. In its gaseous form, the gas (propane) is non-toxic and flammable. Though the gas itself is not toxic, when inhaled in a large amount; it could cause the victim to suffocate; that is due to propane being a heavier gas than oxygen since it is harder to get rid of from one's lung. However, note that one needs to inhale far more than a bottle of green gas to suffocate; hence user won't have to worry about suffocation when using green gas to operate your airsoft pistol.

Since green gas bottles contain pressurized air, there are some precautions consumers should pay attention to as well. Though it is highly unlikely, pressurized propane bottles can explode if not treated carefully. Avoid storing the green gas bottle under direct sunlight, as the sunlight generates ambient heat and heat will cause gas to expand. The more gas the bottle has, the pressure it can build-up will be even higher, resulting in a higher chance of explosion when heat up.

As mentioned earlier, the main component of airsoft green gas is propane, hence green gas is actually flammable. Though there is no reason to, airsofters should never ignite green gas or release it near an open flame. Although green gas is flammable, it is actually perfectly safe to use. There are a lot of consumer products that actually contain flammable gas as well, such as shaving cream or hairspray. Propane is also commonly used as an industrial refrigerant, so you might have been using products with propane gas your whole life without realizing it!

Green gas operated airsoft guns are by far the most realistic platform currently in the airsoft market. For the airsoft gun to shoot properly, the user must manipulate it like a real firearm. Because of how realistic the system is, some law enforcement and military agencies will purchase these airsoft rifles and use them as training tools.

How a gas blowback airsoft guns work is the gun has a gas reservoir that stores pressurized gas (similar to propane gas) known as top gas/ green gas. Whenever the user pulls the trigger, there will be a knocker that will hit the valve on the gas reservoir, causing it to release a small amount of pressurized gas into the GBB platform; that amount of gas will first push the BB out of the chamber to cause it to fire, and the remaining amount of gas will cause either the pistol's slide or the rifle's bolt to move back so the airsoft gun can load the second round for a follow-up shot.

As realistic as the GBB platform is because it uses pressurized gas as the power source, the airsoft gun is quite prone to cold weather, and when shot too fast, a cool-down effect might occur resulting in a significant fps drop.

Categories: How To Guides
Posted By: Gambit
Primary
Search
Latest Posts
Categories
My Wish List
Last Added Items
Go to Wish List
You have no items in your wish list.