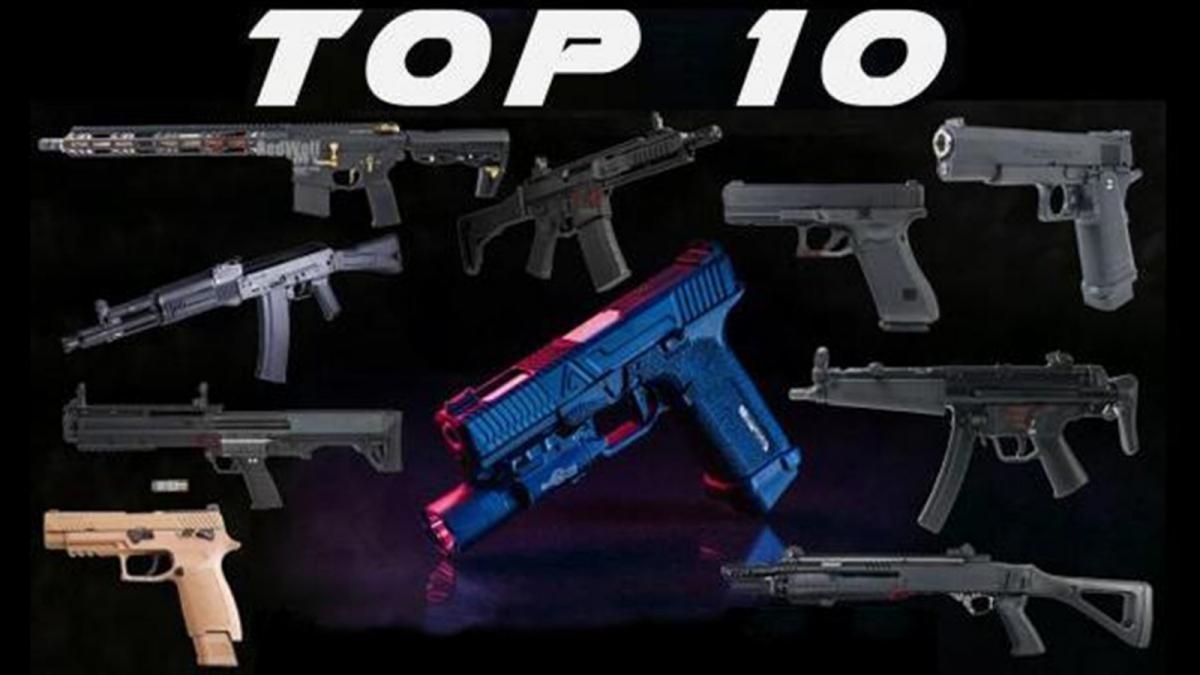 What are Gas Airsoft Guns

The Best Airsoft gun comes in many different shapes and forms, and today's focus will be on the gas-powered platform which we call Gas Blowback (GBB). No manner which platform the airsoft gun is designed from, they all should have a tube which we call an inner barrel that allows the user to shoot a ball bearing (BB) out of it like a blow dart, but the BB will be given a backspin prior accelerating in the inner barrel so it can travel further.

A gas blowback airsoft gun utilities a gas reservoir storing pressurized gas (similar to propane gas) known as top gas/ green gas. Whenever the user pulls the trigger, a knocker will hit the valve on the gas reservoir, causing it to release a small amount of pressurized gas into the GBB platform. The gas will first push the BB out of the chamber, causing it to fire; the remaining amount of gas will cause either the pistol's slide/ the rifle's bolt to move back so the airsoft gun can load the second round for a follow-up shot. However, gas-powered airsoft guns are quite prone to cold weather; when shot too fast, a cool-down effect might occur resulting in a significant fps drop.

There are other types of gas airsoft guns too such as None Blowback (NBB) and Bolt action airsoft rifle. You can click here to learn more to read our post "How Do Airsoft Guns Work?".

The EXA Pistol is based on a Glock pistol. Functionality and manipulation wise it is no different than a Glock. However, with blueprints provided by Agency Arms and Lone Wolf Arms; both the slide and frame provide better ergonomics and control to the user. Making this the most user-friendly and aesthetically appealing GBB pistol, arguably one of the best green gas airsoft guns currently in the market.

With US Armed Forces and Law enforcement beginning to switch from Glock to P320, this airsoft variant P320 is quickly gaining popularity as well within the airsoft community. Some may argue that the P320 provides better ergonomics and is much easier to implement red dot onto the pistol (as this is a growing trend), it is logical for us to include the SIG AIR P320 into the top 12 rosters. With military and Law Enforcement Officers starting to use them, there is no doubt this will be one of the top contenders as the best gas airsoft guns.

The Glock 17 Gen 5 is the newest and most advance real steel pistol from Glock.  The Airsoft version is not just a re-skinned Glock 17 Gen 3 and Gen 4; but in fact, has many functional improvements that make it perform better than its earlier cousins. With the improved blowback unit and ambidextrous controls, this Glock is the most advanced Airsoft Glock today. A modern classic of an all-time favorite gas airsoft gun.

The Hi-Capa has been known to be the best airsoft pistol for years for its reliability, upgradability, and performance. It is the "go-to" pistol for all competitive shooters for its high round count, reliability, and accuracy. This pistol has the most aftermarket parts known available to this date. The number of upgrade parts allows the user to personalize their hi-capa however they want.

The Marui's MWS (AR line) is late to join the GBB Rifle market but has the best performance out of all its competitors; but given its brand reputation, a lot of aftermarket parts were made specifically for this gun despite its late entry.

For AK Model GBBR, GHK is probably the go-to brand. The reason why everyone loves the GHK AK series is that it is still the most gas-efficient AK GBBR in the market. Though the bolt is a bit unrealistic since it doesn't fully travel, it more than makes up for it with its satisfying kick.

MP5s are by far the most iconic SMG in the world right now. You probably have seen it in movies/ video games such as Die Hard, The Rock, Counter-Strike, etc. Just to name a few. Its compact size makes it easy to carry around and it is the most popular gun to do the "HK Slap", but the lack of modularity/ picatinny rail makes configuring this gun very difficult.

The M733 is probably a rifle that is instantly recognizable my many movie buffs and firearms enthusiasts. The rifle is the precursor to the rifle that we now know today as the M4. However, its biggest claim to fame is its prominent featuring in the hit movie HEAT staring Robert De Niro. The M733 is a very well made rifle and comes with strong, snappy recoil that is sure to put a smile on anyone's face!

When it comes to the term "shotgun", people usually correlate to the classic wooden furniture pump-action accessories - one that resembles the 870 style shotgun. Hence it was refreshing when we see the STF12 join the airsoft market. Based on a reliable Tokyo Marui shotgun system and paired with a folding stock, the STF12 not only performs great but is extremely portable.

The KSG is a rather unusual-looking gas shotgun; but due to its bull-pup nature, this shotgun gives a very compact silhouette while allowing it to have a relatively long inner barrel. Marui improved their M870 system in this gas shotgun so it can no longer slam fire, and it has an alternative chamber in the back to hold spare shotgun shells. This gun most notably is seen in the action movie John Wick.

It is very subjective when it comes down to what is considered as "the best" gas airsoft gun since user preference varies. However, most airsofters would agree that a good gas airsoft gun should be gas efficient despite the weather, manipulates like a real firearm, and realistic in looks. The 10 that we provided serves as a general reference. If you'd like to learn more, be sure to visit our online store www.redwolfairsoft.com or click here!

Categories: Top Picks
Posted By: Gambit
Primary
Search
Latest Posts
Categories
About This Site
This may be a good place to introduce yourself and your site or include some credits.
Find Us
Address 123 Main Street New York, NY 10001 Hours Monday–Friday: 9:00AM–5:00PM Saturday & Sunday: 11:00AM–3:00PM
My Wish List
Last Added Items
Go to Wish List
You have no items in your wish list.