Do Airsoft Guns Hurt? Everything You Need To Know 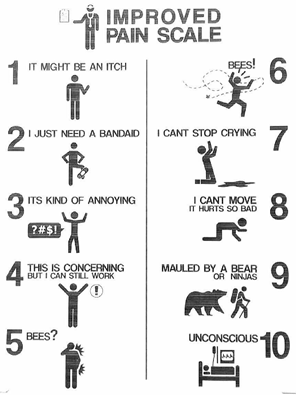 RedWolf has been supplying the best airsoft guns on all platforms around the world since 1998. Airsoft is a very fun sport and liked by children and adults, but one of the top concerns voiced out by newcomers is "Do Airsoft Guns Hurt?". In this blog post, we will try our best to explain the sensation of how it feels when a BB hit you, some tips to alleviate the sensation, and hopefully, as a result, answering whether do airsoft guns hurt.

How Much Does Airsoft Hurt?

To start, we must first find out how airsoft BBs can cause pain to an individual. According to online sources, "Pain is a distressing feeling often caused by intense or damaging stimuli... pain as 'an unpleasant sensory and emotional experience associated with, or resembling that associated with actual or potential tissue damage'". - Wikipedia

And for our case, getting shot by an airsoft BB would be considered a form of actual tissue damage, but do airsoft bbs hurt? Airsoft BBs are typically made of plastic and they usually measure around 6mm in diameter. It will take months for us to explain how pain and joules correlate so to keep things short: human experience more pain when more energy is applied onto a specific area, and the unit to measure that energy is joule; therefore getting hit by a BB at a higher joule count hurts more.

To calculate joule, several variables come into play: weight, distance, and time. The formula is as follow:

Since the sensation of pain is very subjective, we won't be able to give you a definitive answer on how it feels to be shot by an airsoft BB, but we will do our best to explain through text what they feel like and hopefully give you an estimate of how much does airsoft hurt.

There are a lot of myths about airsoft guns that can cause harm and can even be lethal, but that cannot be any further from the truth. Although airsoft gun does propel projectiles at a relatively high speed, the design does have its limitations.

First of all, the BBs that are used are made of plastic. For it to shoot accurately, the BB must accelerate and exit the inner barrel at a specific speed. At too high a speed, the projectile (BB) becomes unstable and won't be accurate. If the burst of air pressure is too high, it could even shatter the BB before it exits the inner barrel; rendering a malfunction.

Secondly, when plastic comes in contact with human skin; although could still bruise and might even cause bleeding to the skin, the design nature of an airsoft gun is not strong enough for it to be lethal. If anyone were to attempt and customize an existing airsoft gun to a lethal power, the gun will very likely break upon firing. As for the BB, given the material it is made of, it simply will shatter upon impact once it reaches a certain speed; hence it is almost impossible for it to kill.

Airsoft guns cannot kill, but they could still cause damage to delicate body parts such as the eyes; so when handling any airsoft guns, please be sure to wear proper protection like safety glasses before handling them.

Both airsoft and paintball are quite popular as a recreational shooting game among friends. However, mechanically they can be quite different. Airsoft gun projects a BB to hit the opponent, the opponent needs to react to call his/ her hit; whereas paintball projects a much larger ball of paint that will burst upon impact on the opponent, leaving a stain on the opponent for it to count as a hit.

The sensation of pain not only depends on joules but also depends on the surface area of contact. The diameter of an average airsoft BB is 6mm, whereas a paintball is around 17-18mm. Some people misunderstood that airsoft is more dangerous because we've seen airsoft BB causes people to bleed and even shot through top layer skin in extreme cases, but people did not understand that it was due to the material of the ammo and the difference in surface area that causes it. Airsoft BBs are made with hard plastic and point of contact is less than 6mm, whereas paintball is made with spherical gelatin capsules that burst upon impact; as a result, airsoft BBs might appear to hurt more because there is a chance it can cause one to bleed, but the sensation of impact and pain is quite the opposite. Both platforms on average shoots around 300fps; but in joules, airsoft generates about 1-2 joules of energy, while paintball under the same fps could range between 2 - 10 joules. Though some may say the larger surface area could help lessen the pain, given the amount of joule it carries, we believe paintballs are more painful upon impact.

As mentioned, every individual's pain tolerance is different, simply listing out a scale of 0 - 10 just does not justify the sensation one would feel. Therefore what we will do is we will attempt to describe the injury caused when someone is shot by an airsoft gun on bare skin. The following estimate is based on using 0.2g BB, and the target is 15 meters away from the airsoft gun:

So given the chart above, hopefully, this will give you a good idea of how painful it could get. Depending on country law, locations, and airsoft field regulations, some places may have fps/ joule power limit or engagement distance limit (meaning people aren’t allowed to shoot your opponent within a certain distance), which would limit the pain airsofters receive.

What Does it Feel Like to be SHOT by an Airsoft Gun?

It is impossible to pinpoint how much do airsoft guns hurt, we will attempt to describe the sensation and feeling you will get at a specific fps in a given distance, hoping to give you a rough estimate on how much they hurt. Similar to the above, the following estimate is based on using 0.2g BB, and the target is 15 meters away from the airsoft gun:

Since everyone's pain tolerance is different, it is quite hard to pinpoint if getting shot by an airsoft gun hurts or not, but when getting shot by a BB will most definitely cause a slight stinging sensation. That is why a lot of airsofters gear up for this sport, not only to look the part but also to provide a decent amount of protection.

Tips to Reduce Pain from Airsoft

For individuals that are a bit more sensitive to pain but would still like to try out this sport, we got you covered. To start, the player must first have some basic protective gear: eye protection (full seal shooting glasses), gloves, and helmet. These equipment will provide basic protection where your eyes and head will not feel pain for sure when playing this sport. To have better face protection, the user can opt for a full face mask instead of just shooting glasses for a larger area of protection.

A small tip to alleviate the sting/ pain when getting shot is to wear relatively loose cloths over your bare skin. The cloth will aid in decelerating the BB upon impact and slightly lowering the pain.

In conclusion, to some extent, airsoft guns do hurt when being shot at; but with the right protective gear and properly implemented rules, the shots are not unbearable. Unlike paintball, the sensation/ pain is actually the marking system used for this sport (given everyone who plays honors their hits). Players can always attend their first game with some basic protective equipment to see how the hits feel, then adjust the set-up of their protective equipment according to their needs. To learn more about this sport as well as looking for protective options, visit www.redwolfairsoft.com or click here! Hope you enjoyed this blog, thank you for reading.

Categories: About Airsoft
Posted By: Gambit
Primary
Search
Latest Posts
Categories
My Wish List
Last Added Items
Go to Wish List
You have no items in your wish list.