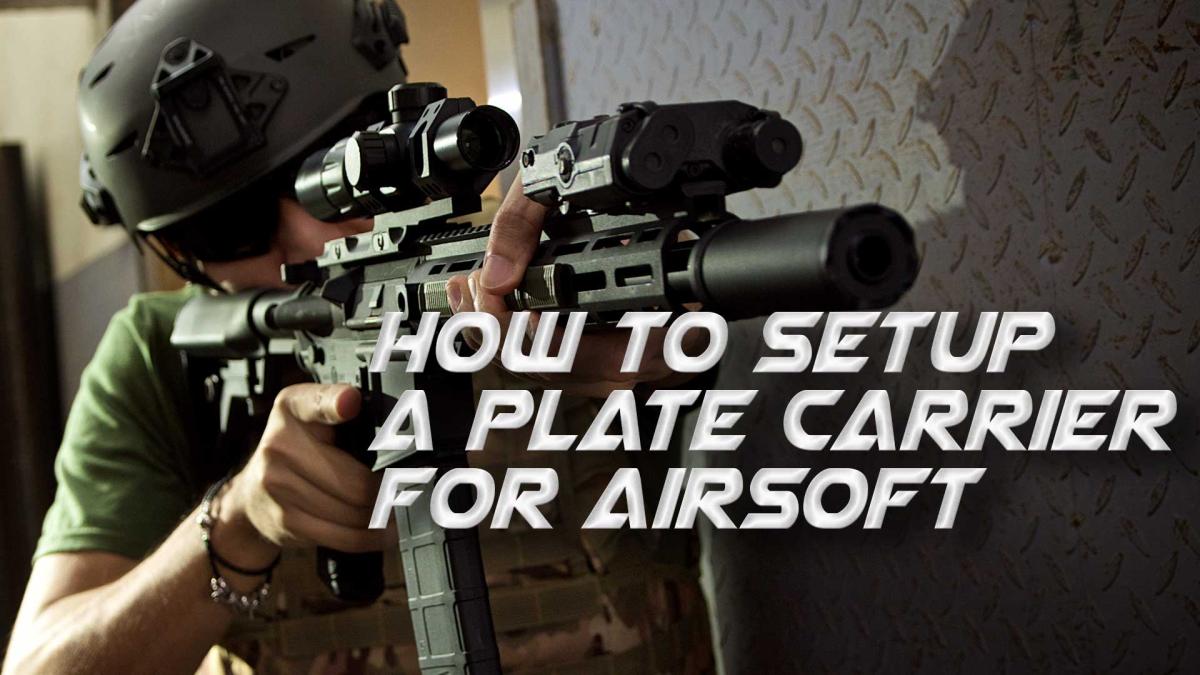 What is a Plate Carrier?

A ballistic plate carrier – commonly known as a plate carrier for short, is an item of tactical gear designed to house ballistic plates and allow you to wear them on your torso for maximum protection from bullets and shrapnel. Plate carriers also provide a convenient location on the body for the storage of magazines, ammunition, comms and personal medical equipment with the utilization of MOLLE attachments making them highly useful beyond their protective role. Whilst they are used mainly by the military and police for personal protection, plate carriers have become increasingly popular amongst recreational shooters, airsofters and even the fitness community through the usage of weighted plates for load bearing exercises.

What Equipment Goes on a Plate Carrier?

As mentioned previously, the plate carrier is not only useful for ballistic protection but is also an excellent piece of load bearing equipment to carry mission essential items on your person, the  compared to older legacy tactical vests which offered next to no protection at all. The type of gear one should wear on an airsoft plate carrier setup can be divided into four broad categories mainly in the form of ammunition, medical supplies, admin and comms. These categories naturally differ according to need, weapon and mission but they are factors that must be considered when learning how to set up a plate carrier.

Readily available ammunition is easily one of the most important items to carry on your plate carrier, it allows you to reload your weapon quickly and respond against threats to yourself and others. It is thus essential that any magazines must be easily reachable without affecting mobility. Thankfully most plate carriers have settled on a general standard of a triple magazine pouch on the front with additional magazines either on the side cummerbund or situated on a separate battle belt.

There is however a temptation to ‘double up’ your magazines to six worn on the front of the carrier either for easier access or to simply carry more magazines, however this must be weighed against the fact that doubling up your magazines will prevent you from getting into a proper prone position for effective concealment or shooting should you require it.

Personal medical gear is essential for treating everything from cuts and scrapes to full blown gunshot and blast wounds, naturally this being airsoft the latter isn’t going to happen but it’s still advisable to carry some sort of first aid kit on your person just in case injuries do happen ingame.

The ideal location for a personal first aid kit should be a location accessible by both hands in the event one receives disabling injuries, this can come in the form of a medical pouch usually situated on the front on one of the shoulder straps. Outside of the kit, tourniquets should be distributed across the body where they can again be accessed by both hands.

‘Admin’ usually refers to additional gear that would be considered essential for wellbeing, navigation and the operation of various devices. This would traditionally take the form of essentials like pens, notebooks, water, maps and batteries though many of the functions of navigation, communication and note taking have been consolidated thanks to the use of smartphones.

Admin pouches are most useful in an easy to reach place where the required items can be pulled out and then placed back when required. Traditionally this would’ve been on the top section of the forward plate with maps, pens, and spare batteries and other miscellaneous items placed just above the magazines for easy access. This has somewhat changed with smartphones now often occupying that location for convenient access to maps and additional information, necessitating the admin pouch to be located either on the side cummerbund or on a separate belt kit.

On the back of the plate carrier is where water should usually be stored in the form of a Camelback styled wearable water bladder as long as it is in a protective pouch. It cannot be emphasized more on just how critical an adequate supply of water is for your wellbeing especially if you are playing in a more expansive rural area as dehydration is a real and present threat no matter what scenario you are in. Another advantage of a flat water bladder as opposed to a water bottle is that it frees vital space on your back to carry a backpack on top which will contain additional mission essential items such as rations, wet weather clothing, survival gear or additional ammunition.

Even with access to what is essentially a chest-mounted computer, it is still recommended to have a push to talk (PTT) radio on your person to ensure some form of wireless communications not reliant on a third party network. Radios have always presented a difficult decision to the bearer. If carried on the front, they could be accessed easier, at the cost of limited real estate. If carried on the back, a radio would be out of the way but often forcing the wearer to depend on a teammate to access it if a battery needed to be changed out or a frequency was lost.

Either way, the most common location to integrate a PTT, which connects a radio to a communications capable headset, has long been the front non-dominant side of a plate carrier, to allow access while keeping a finger on the trigger of a firearm. Attempts have been made to drop it onto to cummerbund, but this has mixed opinions. If carrying two radios, one does not want to have to think about which PTT they are activating while in the middle of a tense situation.

Building a plate carrier is a highly personal process, requiring you to analyze your personal dimensions and carrying capacity then adjust your equipment to suit the mission specific situation at hand. This requires a lot of humility to must understand be realistic about your physical limits as too often players will fall into the temptation of carrying far too much unnecessary kit that will induce greater fatigue and reduce performance on the field. That being said, here are three plate carrier setup configurations that you can draw upon that are inspired by their real world counterparts.

The minimalist plate carrier setup is best for players looking to wear as little and remain light as possible; it is ideal for players who value speed and maneuverability and is ideal for speedsofters who will primarily be playing short fast paced indoor games where additional supplies won’t be necessary.

What to include in a minimalist setup:

- 3x magazine pouches depending on need and weapon

This law enforcement inspired setup is ideal for players engaged in medium length indoor games that require extra magazine retention as well as storage for expended magazines in the form of a dump pouch given the increased length of games. An admin pouch and radio are additional items that could enhance ingame communication and effectiveness

What to include in a law enforcement setup:

- 3+ magazine pouches for your primary and secondary weapons

- Medical kit or an IFAK

This is probably the most commonly seen type of plate carrier setup and is inspired by military combat loads seen across the world. The Combat setup is ideal for players participating in multi hour or multi day outdoor milsims which would require players to carry food and hydration with them. Whilst this is the most versatile for multiple situations, the combat setup is the bulkiest of the three and includes the most gear which will require greater physical fitness and endurance to carry.

What to include in a combat setup:

- 4+ magazine pouches for primary and secondary weapons with additional puches on the side cummerbunds if necessary.

- Medical kit or an IFAK

- Other mission-specific gear and accessories

Once you have your airsoft plate carrier setup, it is essential that you test it out first before heading to a game with it, this can take the form of going for a run or do some other type of strenuous physical activity to make sure that everything you wear stays in place and is comfortable. This will help you identify what works or what items need to change location as you don’t want to be in the middle of a mission or a fire fight and have your potentially expensive gear getting caught on something or falling off.

Also test how easily you can access your gear on the plate carrier. Can you quickly and easily grab a magazine or your IFAK with one or both hands? Take your time to adjust and add or remove items until you have an ideal plate carrier setup, just remember that there is no one ‘true’ way to set up a plate carrier as it entirely depends on your specific needs and preferences.

Categories: Uncategorized
Tags: airsoft, Plate Carrier & Equipment
Posted By: Andrew Duthie
Primary
Search
Latest Posts
Categories
About This Site
This may be a good place to introduce yourself and your site or include some credits.
Find Us
Address 123 Main Street New York, NY 10001 Hours Monday–Friday: 9:00AM–5:00PM Saturday & Sunday: 11:00AM–3:00PM
My Wish List
Last Added Items
Go to Wish List
You have no items in your wish list.