How to Remove Orange Tip from Airsoft Pistol? | RedWolf 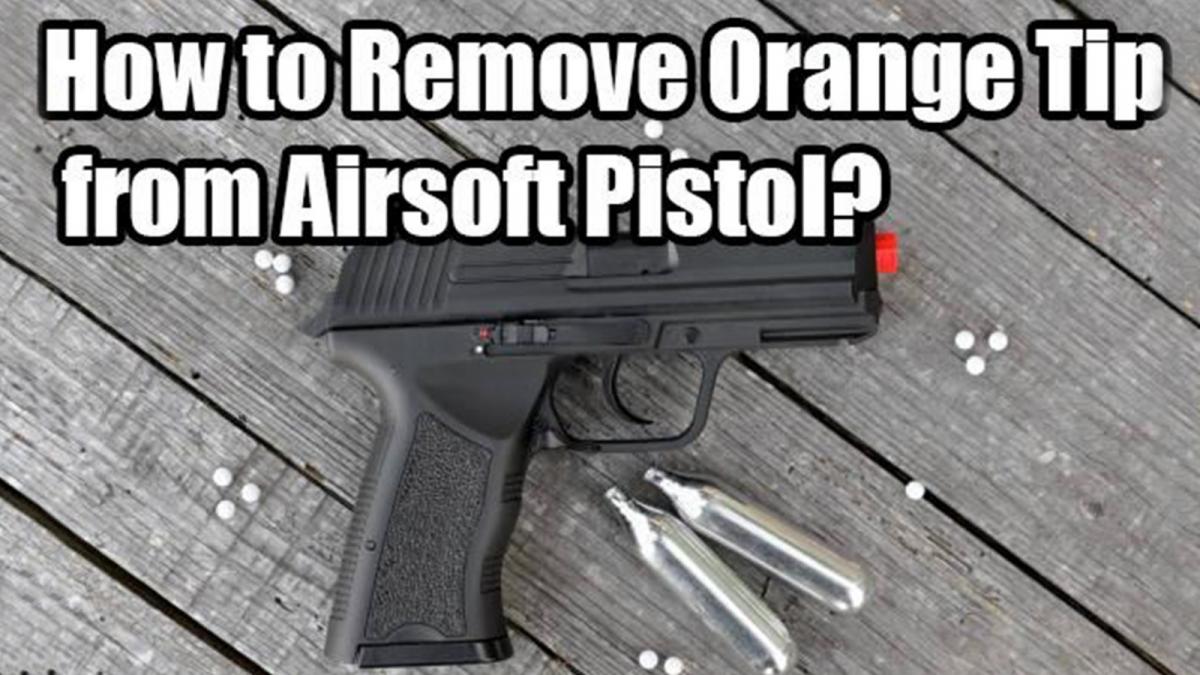 What is the Orange Tip on an Airsoft Gun?

Ever notice the orange flash hider on some airsoft guns, and wonder why would you want it like that? The reason behind this strange paint job is to indicate it's fake and not the real deal. Toy gun manufacturers are legally required by federal regulation to do this before shipping or before someone makes a purchase. If someone purchased a toy gun for a kid but wanted to make it more realistic, it'd be a crime if they try to alter the orange tip.

Why is there an Orange Tip?

But why an orange tip? The orange tips on these guns are to show that they aren’t real and prove they are toys. However, in the United Kingdom, it’s important to note that this is not a legal requirement.

Back in 2006/2007, the UK made stricter laws to make the sale of realistic imitation firearms (RIFs). From the 1st of October 2007, a law was put in place to make it illegal to sell RIFs to anyone under the age of 18 in the UK.

For one to purchase a RIF they have to be at least 18 years old and meet any of the following criteria:

If they cannot meet any of the above criteria, they will still be able to purchase a RIF, but it will have to have a color that is significantly different from a real gun, for example, bright orange or green. We are not talking about just the flash hider here, but half or even the whole gun painted in a weird color!

How to Remove the Orange Tip?

Most orange tips are usually just screwed on like with any flash hider but some manufactures glue it in for a permanent fix.  With a bit of effort the tip can just pop off but this is only for some guns not all. Though this is mostly seen with pistols and sometimes the odd rifle. Others, you’ll need to turn to un-thread the tip, and some have a pin or screw installed before you begin unscrewing/pulling.

Start by examining the orange tip, checking for signs of screws or pins holding the tip in place. To keep your gun from being damaged get a cloth first before using pliers. Cover the flash hider with the cloth then use the pliers to unscrew it. Remember that flash hiders screw the opposite direction of your typical bottle top; right-loosens; left-tightens.

The flash hider is likely held in place with glue, so channel your inner Hulk and release that might! If it is unscrewing but hasn’t revealed any threads or it seems as if the flash hider isn’t moving, consider giving it a tug! As it may not be threaded, but glued on.

If the battle with the flash hider still prevails consider dipping it in boiling water for 10 seconds or using a hairdryer to try to melt the glue.

Is it Safe to Remove the Orange Tip?

Guns are capable of causing various types of damage, having one where other people can see it can cause panic – even if it’s a toy or imitation. As such, California Penal Code 20150 prohibits people from changing the appearance of a fake gun.

Under the law in California, it's illegal to do any of the following to a toy or imitation gun's markings:

Doing any of the above is a misdemeanor, if convicted of this offense, one could be sentenced to jail for up to 6 months and/or be ordered to pay a maximum fine of $1,000.

An exception to this law is if that person is working in the entertainment industry. If they have lawful permission to alter the appearance of a toy or imitation gun for a movie, TV show, or play, they may not be charged under this statute.

The orange tip is not legally required to be on all airsoft guns! In the US, the orange tip is only required for importation and original taxed sale. Therefore after that point, the owner is free to do what they want. Some owners want to remove a flash hider to add another flash hider, some want to equip mock suppressors, some even want to install barrel extensions. Typically in order to do this, the original flash hider needs to be removed.

In terms of safety, this comes down to the user. Orange-tip or not, brandishing something that's like a firearm will cause panic, especially if it’s aimed at someone. We hope this gives you an insight into what the orange flash hider is!

To find out more and discover what flash hiders and airsoft guns are available check out our online store at https://www.redwolfairsoft.com/.

Categories: How To Guides
Posted By: Quake
Primary
Search
Latest Posts
Categories
My Wish List
Last Added Items
Go to Wish List
You have no items in your wish list.