How to Refill a Gas Airsoft Gun 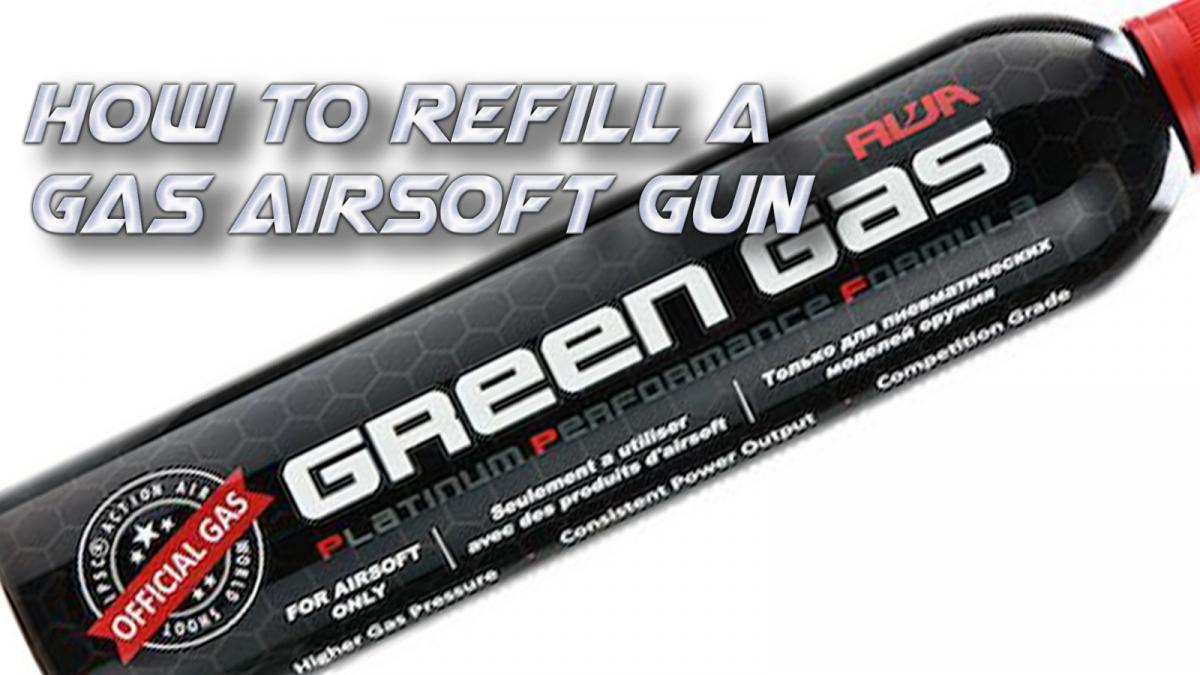 The term Green Gas is commonly misunderstood as Greenhouse Gas which refers to water vapor, carbon dioxide, methane, or ozone. However, in airsoft, the chemical composition for airsoft green gas is very different.

The "green gas" used in airsoft is actually chemically closer to propane. Gas airsoft guns operate by the valve-controlled release of prefilled compressed air (such as propane) mixed with silicone oil (main components for airsoft Green Gas). Some people purchase propane from a camping store and an external adaptor to fill a green gas airsoft gun. However, standard camping propane gas doesn't come pre-mixed with silicone oil. Those who choose to use propane gas, instead of airsoft green gas, will need to occasionally add some lubricant.

How a gas blowback airsoft gun works is, the gun has a gas reservoir that stores pressurized gas (similar to propane gas) known as top gas/ green gas. Upon squeezing the trigger, a knocker will hit the valve on the gas reservoir, causing it to release a small amount of pressurized gas. Forcing the BB out of the chamber with gas causes it to fire, any remaining amount of gas will cause either the pistol's slide or the rifle's bolt to move back so the airsoft gun can load another round for a follow-up shot.

How to Fill Your Gun with Green Gas

It's easy to fill your gun with green gas, as with most gas airsoft replicas have the green gas reservoir in the magazine. Green gas bottles have built-in adaptors, making them easier to insert into the mag. Once it's in, charge for five to eight seconds then stop.

Our advice is if your filling the mag and gas begins to spill, immediately stop! Try to warm the magazine to room temperature before attempting again. Once you are able to form a tight seal and fill it correctly, allow it to heat up to room temperature. Pressing the valve-like button on the top-rear side of the mag will discharge the gas. Do not do that! This will prematurely wear out the seals and cause the O-rings to freeze, damaging them permanently. Instead, shoot the replica until out of gas, as this is the safest way to discharge it.

Every so often put some silicone oil into the top nozzle of the magazine lip every 5-6 full magazine uses. To do so, press the top release valve on the mag whilst applying a quick spray into the lip seal. This will keep the seals and O-Rings properly lubed for extended use.

Try not to use gas replicas during the cold seasons, as they won't cycle completely or fire well. Rapid-firing may also cause the gun to freeze up, resulting in damage to the magazine or gun. These problems are not as prone to occur during the hotter seasons or warmer weather. We hope this gives you an insight into how to refill gas airsoft guns. To learn more about our range of products click here.

Categories: How To Guides
Posted By: Quake
Primary
Search
Latest Posts
Categories
My Wish List
Last Added Items
Go to Wish List
You have no items in your wish list.