Airsoft vs Paintball: Which is Right for You? 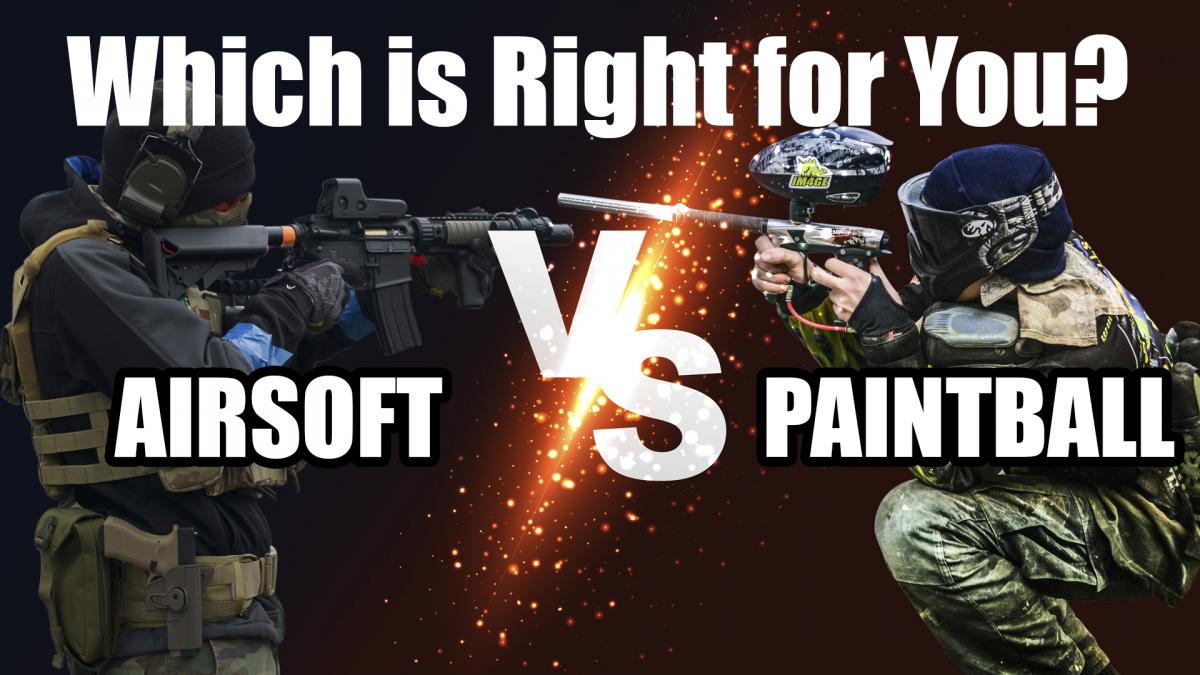 A game of competitive team shooting, where players eliminate opposing teams by hitting them out of play with spherical plastic (BB) projectiles. These are fired by replica guns known as airsoft guns.

Similar to paintball in concept and gameplay, BBs don't typically leave visible markings and hits are not always apparent. Sometimes the BB can leave small bruises on the skin, thus the game relies on an honor system. The player who's been hit is obliged to call themselves out.

The majority of airsoft guns are magazine-fed, with some being spring-piston pump similar to Nerf guns. A plethora of airsoft guns features some sort of mounting platform compatible with real steel accessories. Thus cosmetically resembling more like a real firearm. You can see why this is so popular for military simulation and historical reenactments. As well as professional gun safety and weapon manipulation training, such as law enforcement, due to it being way safer and lower costs.

Paintball originated in the 60s and expanding ever since. As well as tournaments for this sport, it is no doubt very popular. But with sports, they have one thing in common, injuries. During paintball games, it's common to get bruises after battling it out. Therefore, beginners or people that bruise easily should consider the paintball carefully.

It is a competitive team shooting sport in which players eliminate opponents from play by hitting them with spherical dye-filled gelatin capsules known as paintballs. Paintballs are shot using low-powered air weapons called paintball markers, powered by compressed air (nitrogen) or carbon dioxide.

What Is The Difference Between Paintball and Airsoft

Though airsoft and paintball are similar on the surface, there are many differences between the two. Because of the difference in how the guns are used and how they operate, these differences include the areas of equipment, cost to play, types of ammunition, maneuverability, and game dynamics.

People that switch over from paintball to airsoft do it because of cost. Airsoft gear and guns are much more affordable than paintball and cost less to play. Paintball markers and equipment aren't very affordable for those that want to start a new hobby!

With airsoft, the replica is made to look like real steel guns. BBs imitate bullets and are loaded into magazines just like with real guns. Paintballs, on the other hand, are loaded with paintballs through a bulky hopper. The paintball marker has to be held upright for proper loading of the paintballs. It's way easier to reload an airsoft replica.

Paintball utilizes high air pressure to shoot the heavy paintballs out which makes them superior compared to airsoft. With some fine-tuning, an airsoft replica can shoot just as well or even better!

Airsoft generally isn't very painful and won't leave bruises after being hit. Unless your really close and get shot within a meter! But that being said paintball hurts. It hurts a lot! No matter the range you will feel that sting. After a day of gaming with paintball markers, you'll end up with at least a few bruises.

Which is more painful paintball or airsoft?

Both airsoft and paintball guns shoot at 300-400 fps, however, the main difference is the weight of the pellet coming out. The typical airsoft BB weighs .20 grams, which releases .84 Joules of energy. Whereas a typical paintball weighs around 3 grams. This releases 12.5 Joules of energy.

Both sports are a lot of fun and provide great challenges. Since the games are similar, personal preference will play a big role in which is a better fit for you. The best way to figure out which you prefer is to get out there and try them both! Most important is that you find a hobby that suits you well and enjoy. Be sure to check out our website for more cool products and more.

Categories: About Airsoft
Posted By: Quake
Primary
Search
Latest Posts
Categories
About This Site
This may be a good place to introduce yourself and your site or include some credits.
Find Us
Address 123 Main Street New York, NY 10001 Hours Monday–Friday: 9:00AM–5:00PM Saturday & Sunday: 11:00AM–3:00PM
My Wish List
Last Added Items
Go to Wish List
You have no items in your wish list.