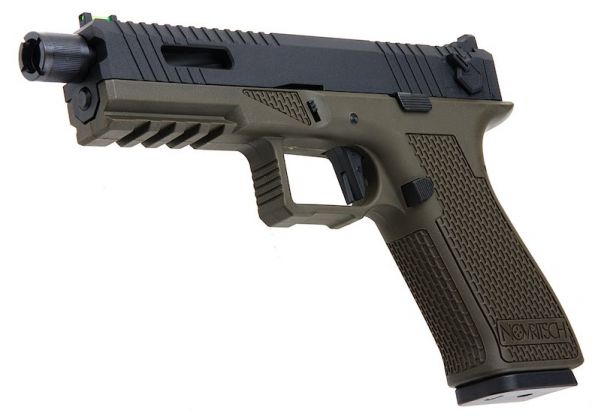 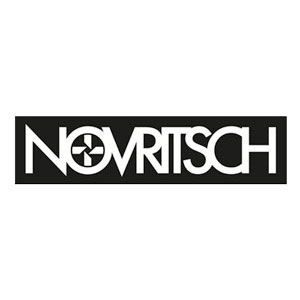 NOVH-SSP18-GN
Be the first to review this product
In Stock.
Out of Stock.
Only 1 left
SKU
NOVH-SSP18-GN
SHIPS IMMEDIATELY

Older Novritsch fans will remember that his trusted sidearm back then was the G series 18c style pistols as these guns have the ability to fire in semi and full auto with just a flick of the switch. Novritsch has not forgotten his roots and brought us the Novritsch SSP18.

This gun the patterned after the G series 18c and will fit in holsters made for the Glock 17 or G series 17 style pistols. Out of the box, the gun has an aggressive styling, there is an extended beavertail to prevent slide bite, the grip is textured, the slide has serrations and cutouts makings it lightweight, easy to grip and to manipulate. From the cutouts you can also see the fluted outer barrel.

From tip to bottom, the gun features a 14mm CCW threaded outer barrel giving you the ability to put on suppressors and tracers, the accessory rails are of Picatinny so you could mount any standard lights and lasers. The gun features a non-dropping outer barrel, although it does make it less realistic, it does boost accuracy and consistency. The front sight of this gun is of a bright green fiber optic, making target acquisition much easier. The trigger is of a straight trigger and the controls such as the magazine release and the slide release button are enlarged so you could engage it easily even with gloves on.

Internally, the gun is pre-upgraded out of the box, with a Maple Leaf hop-up bucking and a 6.01mm precision inner barrel already installed, this allows the gun to shoot heavier BBs such as 0.3 gram BBs. The gun comes with a hard case, as well as a valve tool.