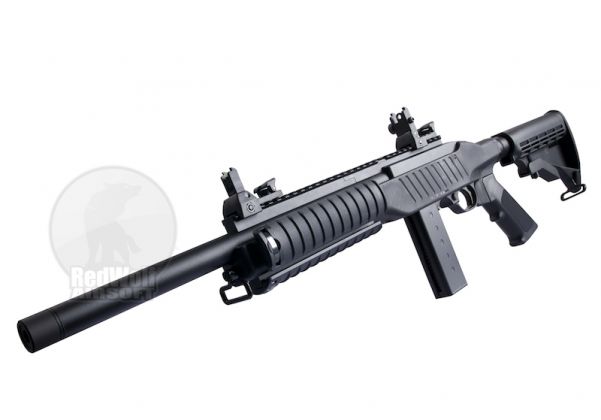 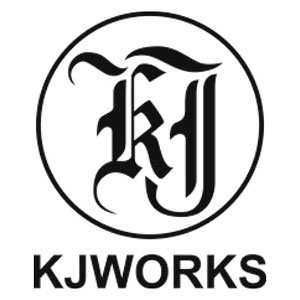 KC-02-V2
Be the first to review this product
In Stock.
Out of Stock.
SKU
KC-02-V2
Email me when back in stock.
SHIPS IMMEDIATELY CANADA COMPLIANT

Product Specification
PRODUCT DESCRIPTION
This is basically version 2.0 of the original KC-02 from KJ Works. The only notable difference from the original one is both front and hind sights, which can now be flipped up when needed, or folded when not in use. The rest of their features are fundamentally the same.

This KJ model is at its heart a replica of the real steel Ruger 10/22. A semi-automatic rimfire rifle chambered in .22LR, the real steel is a sporting favorite for its high accuracy and low cost ammunition. The standard version of the rifle has been in production since 1964 with countless aftermarket parts having been produce for it over the years.

So what's the big fuss and wow factor surrounding this gun? For old school airsofters who know quality when they see it - the KJ 10/22 is manufactured using the ORIGINAL molds from Tanio Koba, which created the most accurate and powerful 10/22 many years ago but for sky high prices in the range of USD3000+. Today, KJ brings us this SAME system in the form of the KC02 carbine in a more modern package. As we've tested, the Tanio Koba system still outperforms most other gas blowback rifle systems on the market today. Super accurate and powerful with significant upgrade potential. Simply increasing the length of the inner barrel will give you major gains in FPS. Extend the inner barrel by way of a silencer (front tip screws off to reveal 14mm CCW threads) and you'll have a super powerful sniper rifle in your hands!

The KJ is clearly a tactical version of the carbine coming in at a modest 2.7 Kg / 5.9 lbs with a length of 78cm/31 Inches to 86cm/34 Inches with its telescopically adjustable M4 style stock. The rifle used an M4 stock tube like structure to attach stocks allowing it to take any M4 compatible stocks and also uses a gas M4 type pistol grip allowing just as much aftermarket options there as well. The weapon in chiefly a sturdy metal assembly riding in a polymer body, a measure which affords the weapons incredibly sturdy structure yet low weight.

With a 22 round magazine, the weapon clocks in at a spicy 400 fps and is capable of taking red gas which pushes it up to around 450 fps. The-out-of-the-box accuracy of this weapon is astounding, capable of landing 50mm / 2 inch groupings out to 20m / 65 feet using 0.4g BBs. As a semi-automatic gas weapon, it also allows you to tap off those high accuracy shots with a very decent cycle rate.

The hop-up adjust dial is on the outside of the weapon, right on top just on the rail just in front of the rear iron sight. This means you can adjust the hop-up while aiming and firing, a superb location. The weapon also has sling swivels on the stock and front end allowing for a convenient slinging option.

The weapon of course has accessory rails, fairly standard fair on contemporary tactical weapons though not seen quite so thorough on semi-auto rifles like this. A 31.5cm / 12.5 Inch rail lines the top with three more 15cm / 6 Inch rails one each side and the bottom. Options like this allow the use of the whole host of rail-attach accessories available in airsoft. The weapon comes with fixed rail attach iron sights, not quite M16 style but obviously very similar with the M16 style post and two-position ring. The rear iron sight is adjustable exactly like an M16 sight.

The weapons safety is built into the trigger guard as a side-to-side push button right in front of the trigger. The magazine release catch is a large tab between the magazine and trigger guard. This setup makes the rifles handling fairly ambidextrous but still favoring the right handed crowd a little as the charging handle cycling on the right sight might be a problem (though doubtful). The weapon also comes with three rail covers on the sides and bottom to make the fore end more comfortable when accessories are not in use.
Product Questions
Customer Questions
No Questions
Please, mind that only logged in users can submit questions
Customer Reviews
Write Your Own Review
More from this Brand (5)