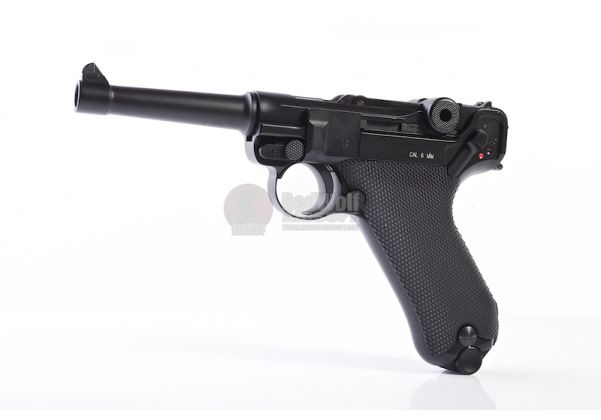 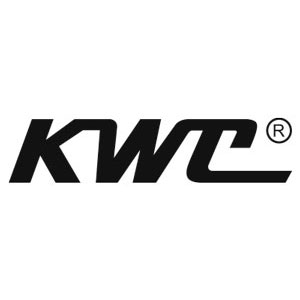 KCB41DHN
Be the first to review this product
In Stock.
Out of Stock.
SKU
KCB41DHN
Email me when back in stock.
The only reason why the fps is that high is because the magazine has space for a CO2 cartridge. Yes, this is a CO2 Luger!
SHIPS IMMEDIATELY

Product Specification
PRODUCT DESCRIPTION
The Parabellum-Pistole, otherwise known as the Luger pistol, is a self-loading pistol introduced by Deutsche Waffen- und Munitionsfabriken (DWM) starting in the 1890s. In the first half of the 20th Century it proved to be a popular service pistol, being used by the Germany during both World War I and World War II.

This P08 released by KWC from Taiwan, is made full metal, which feels realistic to hold because of the weight and cool touch. The only exterior plastic parts are the grip plates! It operates just like the real gun, with the toggle action function that jumps back and upwards for each shot, and locks open on an empty magazine. It provides 350fps using .2g BBs, which is a good result from a 4" barrel with a single stack magazine.

The only reason why the fps is that high is because the magazine has space for a CO2 cartridge. Yes, this is a CO2 Luger! The kick is amazing, everything feels solid. Did I already mention the kick? I think I should again. It's blisteringly powerful. The slide is so light, even though it's metallic, that it kicks back like a mule when you pull the trigger.
Product Questions
Customer Questions
No Questions
Please, mind that only logged in users can submit questions
Customer Reviews
Write Your Own Review
More from this Brand (5)