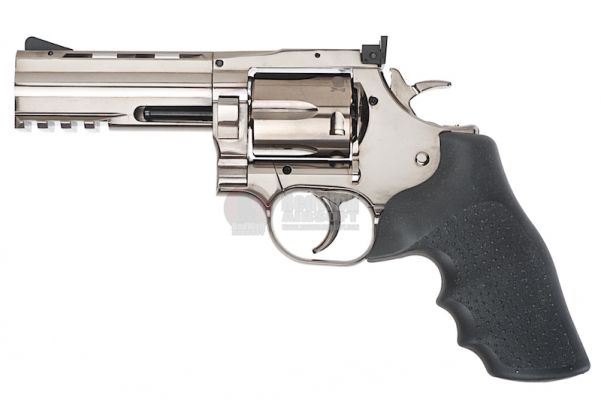 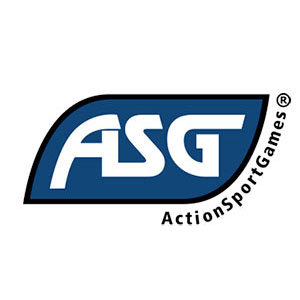 GA028
Be the first to review this product
In Stock.
Out of Stock.
SKU
GA028
Email me when back in stock.
SHIPS IMMEDIATELY CANADA COMPLIANT

Product Specification
PRODUCT DESCRIPTION
The original Dan Wesson revolver improved on the accuracy and service life of the traditional double action revolver design in a few ways. The tensioned barrel of the DW interchangeable barrel system enhances accuracy, pulling the barrel tight like a guitar string, enabling it to vibrate at the same frequency every time. The forward crane latch, located in front of the cylinder and paired with a rear ball detent helps to ensure proper cylinder/barrel alignment during firing. Superior to the rear locking designs of other revolvers, it adds to the accuracy of the 715. While the tensioned barrel definitely improves accuracy above other revolvers, it?s the consistent cylinder/barrel alignment that contributes most to the accuracy of the design.

ASG are well known for making AEG and one of their most popular products is the Scorpion EVO. ActionSportGames is a worldwide leader in the business of replica firearms and accessories manufacturing including Airsoft guns, Airguns, Co2 guns and firearms replicas. We specialize in 1:1 scale replica guns and accessories for fun, action, sports, entertainment and collection. The assortment consists mainly of licensed models and exclusive subbrands of ActionSportGames. ActionSportGames was founded in April 2003 as a merger of the two largest Danish distributors of Airsoft Guns and accessories, Pedersen & Grobelnik A/S (founded 1992) and Vestergaard ApS (founded 1960). One of our goals is to become the preferred supplier in the firearms replica business through worldwide license agreements, quality brands and premium service ? before, during and after sales.

The ASG Dan Wesson 715 4 inch 6mm Co2 Revolver is a beastly and mighty strong new kind of revolver in today's market. What makes this stands out from other revolvers is that it features a rail attached at the front which looks awesome and practical, comes in Black or Silver.

The 715 is as it was before - designed and built to be the most accurate, rugged and versatile revolver on the market. Shipped with a 4? barrel, the new shroud is designated the HV6, a heavy vent shroud profile that tames the .357 recoil very well.

The double action trigger is short and relatively light, while the single action is light and crisp. The target-like SA trigger pull made the Dan Wesson revolver a favorite among competitors and hunters, and the tradition continues in the 715.