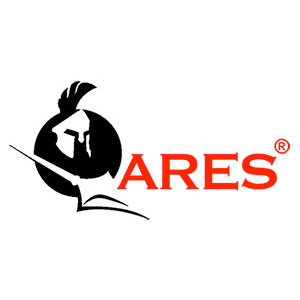 SMG-004
Be the first to review this product
In Stock.
Out of Stock.
Only 2 left
SKU
SMG-004
The new ARES Grease Gun, a replica of the original M3 SMG; this one an electric blowback AEG.
SHIPS IMMEDIATELY

Product Specification
PRODUCT DESCRIPTION
This is the enhanced and improved version of ARES's original M3A1, but this VERSION 2 is now in the original M3 guise.

Remember to check out the special battery and magazine package below in the RELATED PRODUCTS section when you purchase this gun!

The M3 was an American .45 ACP submachine gun that entered U.S. Army service in 1942 and began to replace the Thompson series submachine guns. The M3 was designed from the outset as a more cost-effective alternative to the Thompson, optimized for mass production. The M3 is commonly referred to as the "grease gun", owing to its visual similarity to the common mechanic's tool. The more famous M3A1 is actually the second and more prolific version having simplified the design further, the original still retaining the cocking handle crank and older iron sight design.

A classic weapon, this replica does a great job of recreating the rugged looks of the mass produced real steel SMG. The one-piece build of the weapons body really makes it feel industrial, the crude finish and wire frame stock are all great quality but spare no expense to instill that facade of down and dirty. This model is actually almost all steel making it not only hefty but very sturdy and highly wear resistant.

The stock can be extended outward, slotted short or completely removed and is so easily operated that it seems almost impossible to get stuck. The bolt cover not only opens but it is actually the safety on this weapon as it will not shoot when closed. Lifting the panel and pulling back the dummy bolt will reveal the adjustable hop-up slider.

The stick type battery space is in the magazine, an interesting twist to be sure. That does make spare magazines a more logistically complicated setup but that would mean running down on battery power is unlikely with even only one or two spare magazines (this weapon comes with only the one).

At about 280 fps it is good and comfortable for short range use which is particularly important as this AEG, like the real steel, is full auto only. The dust cover is also the saftey, the weapon will only fire when the dust cover is open (just like the real steel). This newer version from ARES also sports and electric blowback system which might not kick as hard as a GBB but definitley proves to be a modern bolt cycling AEG. The bolt cocking handle moves but does not cycle the bolt (just for show).

Although designed for AK stick type batteries (in the magazine), it can fit some kinds of small, thin LiPo batteries as well. This model using a small Tamiya type plug. The G&P 7.4v 1200mAh (20C) Lithium Polymer LiPo Rechargeable Battery (A - Tamiya) works quite well! See it in the RELATED PRODUCTS section.
Product Questions
Customer Questions
No Questions
Please, mind that only logged in users can submit questions
Customer Reviews
Write Your Own Review
More from this Brand (5)