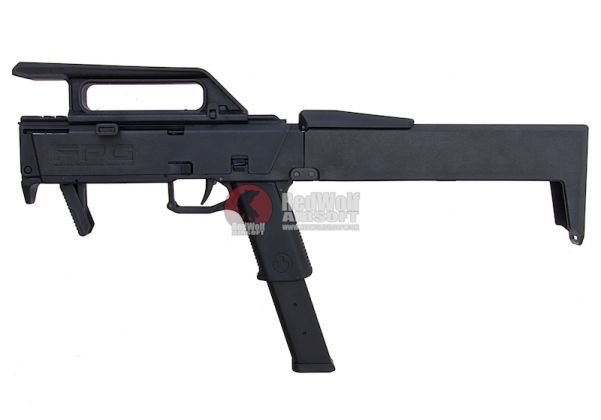 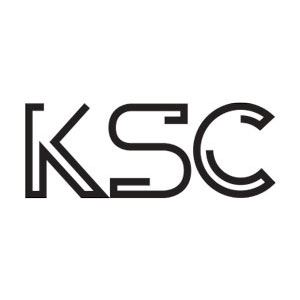 Product Specification
PRODUCT DESCRIPTION
The Magpul FPG or Folding Pocket Gun is exactly what it says on the tin; a folding gun that will fit in a pocket (albeit, a very large pocket). This package comes with a KSC Model 18C gas blowback gun included and already installed.

Watch this mini-episode of how Agent Arclight uss the Magpul FPG in a street shootout.

Originally named the FMG-9 or Folding Machine Gun 9mm, the name was changed to FPG as FMG was deemed too aggressive for what it was, as this is a gun you bring to a negotiation, not a shootout. It is a gun of self-defense, the last resort, a personal defense weapon. This is a piece you bring to the scene where you want to look unarmed.

Concealable in plain sight as it folds into a box, this can be disguised as a small package or even a large laptop battery. Simply attach an M3 flashlight to the rail under the carry-handle/sight combo and the FPG becomes a portable security flashlight that should the unfortunate need arise, or should all hell break loose, near-instantly turns into a compact carbine/PDW for self-defense.

Made almost entirely out of high-strength fiber-reinforced polymer, this gun is light and maneuverable giving you the reaction time you need to draw, deploy and sight your weapon on target to defuse any hostile situation quickly and with maximum prejudice. The carry handle (as already mentioned) has built-in sights but for those of use looking to speed up our target acquisition, even more, there is a rail under the removable carry handle to allow the mounting of reflex sights, red dots, and other optics and accessories.

The KSC Model 18 is a select-fire GBB pistol that clocks in at a respectable 285 fps on HFC but cranks up higher on Green gas (over 300 fps) and squeezes out a bit more (320+) with this model's longer barrel (1 inch longer than normal). The weapon has a fire selector switching from semi to full auto on the slide inside the polymer housing. Previously you had to acquire the set and gun separately, now you can purchase this entire weapon solution in one purchase item. The set even comes with a KSC 49 round long type magazine for the Model 18c.
Product Questions
Customer Questions
No Questions
Please, mind that only logged in users can submit questions
Customer Reviews
Write Your Own Review
More from this Brand (5)