LSR-003
Be the first to review this product
In Stock.
Out of Stock.
SKU
LSR-003
Email me when back in stock.
Big, heavy and solid; a magazine fed, spring bolt-action 6mm BB sniper rifle, gorgeous.
SHIPS IMMEDIATELY CANADA COMPLIANT

Product Specification
PRODUCT DESCRIPTION
The real steel Cheytac M200 Intervention rifle is part of Cheytac's Long Range Rifle System which combines the weapon with low-drag bullets, advanced sighting and a ballistic calculator to give it unparalleled long range performance. Using the .408 Cheytac ammunition, the rifle can engage targets out to a mile and a half.

This incredible weapon has made quite a splash since it came out having been seen the 2007 Movie Shooter and on Discovery Channels Future Weapons. It has also made an appearance in many computer games including Call of Duty: Modern Warfare 2. 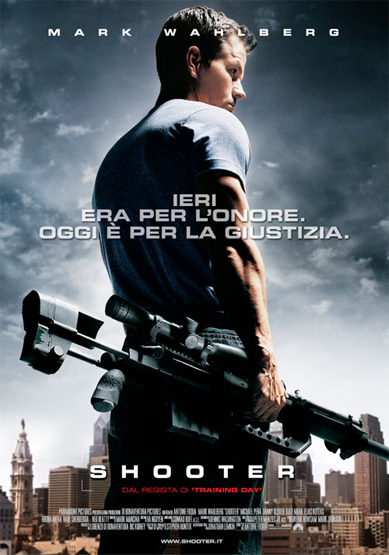 ARES have been making a lot of sniper rifles recently and they finally had a go at the M200. However this one is the EDM200. The only thing different is that this one comes with an WA M4 style pistol grip and a bigger flash hider. It is a little more than half the weight as the real steel one weighing over 5 kilos, 4 kilos less than the real steel one which is at at 31 lbs or 9 kg. (Yes, shipping is not cheap because of the incredible size and weight of this beast) It is nearly just as long as the real steel version but other than that it is almost identical looking.

When you open the box it comes in several pieces of which you'll have to put them together. Don't worry, it comes with a manual showing you how to fit it together. One thing they haven't mentioned is that once you have inserted the bolt, you'll need to adjust the hop up which can be find at the front of the top rail. Use a hex key to tighten it slightly. If you don't, when you pull the bolt back and push it forward, the BB will fall out because the Hop up isnt holding it in place. Tightening it will fix this problem.

This ARES sniper rifle uses the TX system so you can switch it out between spring, gas and CO2. Since it already comes with the spring system, it is spitting out 6mm 0.20g BBs at about 385 fps which means about 1.5 joules of energy.

The magazine can hold 80 rounds and still uses the same magazine loading system as the MS338 and 700. ARES have NOT learned their lesson at all. Even though it weighs more than 5 kilos, if you are willing to lug this around during a skirmish, the 80 rounds will do you some good before you have to reload.

The weapon does not come with any optics but its long upper accessory rail makes it easy enough to fit one. The lack of an optics is probably just as well, they do not insult you by forcing one upon you but instead withhold it so you do not have to pay for one that you will probably swap out for something of your own more personal choice anyway. The weapon uses a WA gas M4 type pistol grip which means swapping it out for an aftermarket one is incredibly easy should you wish to replace the included ergonomic black grip with a different option.

The bipod can be removed if you wish but with its massive weight you might as well leave it on. The two legs are re-positionable separately, each with its own lock to hold it up or down and the legs can also be adjusted for length. The stock is adjustable for length but only the longest two positions are usable as the bolt is pulled back into it and the forward positions are too short for a proper bolt pull length. This does mean that with the stock folded down for transport the bolt is prevented from achieving a full cycle making an accidental racking impossible.

There is no doubt that it is capable of incredible sniper performance but with its large size and weight it is not for the feint of heart. If you are sniping in defense of a secure location, this rifle is very formidable and will knock out opponents from considerable range (after upgrade). Should you have to re-locate, that could prove tricky and you better be in good physical shape.

In any case, there is simply no doubt that this is an incredibly gorgeous weapon, an obvious choice to form the centrepiece of a display or taken to a game or event for photo opportunities. This may not be a shell ejecting, gas sniper rifle, but this spring version will definitely play its part well in an airsoft game.

If you roll up to a game with one of these, you are sure to be rocking the biggest, baddest looking weapon in the game. It even comes with its own rugged carry case which helps you cart it around as well as better look the part.
Have a question?