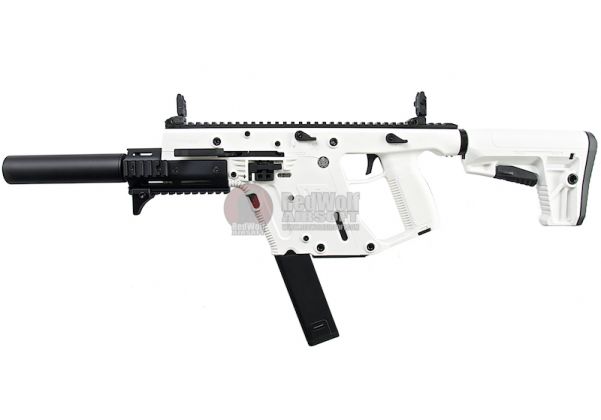 KTAEG-VSMGLT-AP03
Be the first to review this product 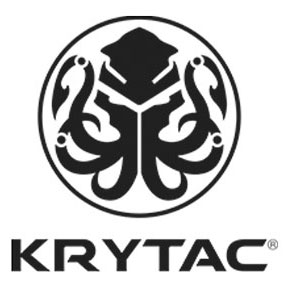 In Stock.
Out of Stock.
SKU
KTAEG-VSMGLT-AP03
Email me when back in stock.
SHIPS IMMEDIATELY CANADA COMPLIANT MAP PROTECTED
DESCRIPTION

Probably the single more iconic and flagship gun of the Krytac brand, the Kriss Vector has been always highly sought after and pursued by players and collectors alike.  The Kriss Vector features futuristic designs that were meant to help it with recoil mitigation which allowed a downward action when the weapon is being cycled, called the Super V system.

Its unusual shape still manages to make the gun feel very good in the hand and its compact size works great as a CQB beast.  The gun can operate with the stock folded and the battery compartment is located inside the pistol grip and it's deceptively spacious for longer-type batteries.

Internally the gun is a feat of engineering, with its gearbox set up in a way where it works similarly to the real steel firearm.  It features version 2 compatibility for many of its gearbox parts and works with standard accessories.

The Alpine White Limited Edition is almost Star Wars-like, making it look like something the Imperial Storm Troopers or the First Order would use.  With the addition of the extra MK5 modular rail, you will have added rail space for accessories such as hand stops, lights, or lasers.